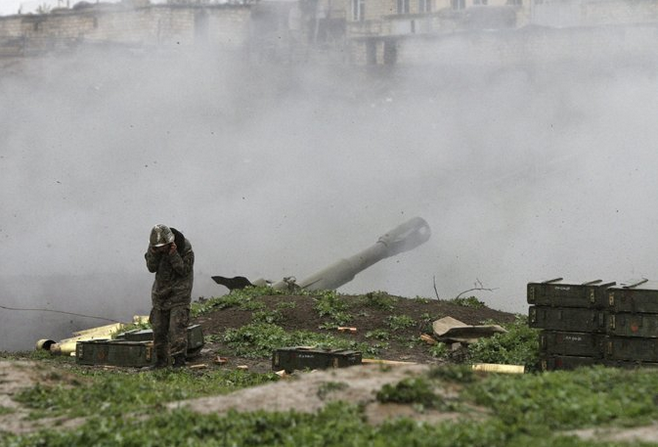 ATA-A condemns Armenian provocation in Nagarno-Karbakh region, calls for international community to work more decisively to end illegal occupation of the region by Yerevan and its proxy forces.

Azerbaijan has liberated several villages from the Armenian occupation in Nagarno-Karabakh region following an unprovoked attack by Yerevan backed forces, news outlets reported over the weekend.

While 12 Azerbaijani soldiers lost their lives, at least 18 Armenians also died during the clashes.

Armenia failed to specify if the deceased are from its own forces or from ethnic separatists it openly backs.

ATA-A strongly condemns Armenian provocations in the region, which resulted in the unnecessary deaths of many.

The illegal occupation of the Nagarno-Karabakh region by Armenia and its proxy forces is the source of the dispute waiting to be resolved for more than two decades.

The UNGA resolution 62/243 reaffirmed Azerbaijan’s territorial integrity, expressing support for that country’s internationally recognized borders and demanding the immediate withdrawal of all Armenian forces from all occupied territories there.

ATA-A also believes the blame lies with the inability of an international mediation group to find a peaceful solution to the conflict.

Our prayers are with the families of Azerbaijani soldiers who lost their lives in two days of fighting with Armenian forces.

The Chair of Australia Azerbaijan Friendship Group, Luke Simpkins MP has drawn The Australian Parliament’s attention to the illegal occupation of Nagorno Karabagh and asked Foreign Minister Julie Bishop to warn Armenia for their deplorable treatment of Azerbaijan citizens.

Mr Simpkins said in November 2015: ” In 1992 and 1993, Armenia illegally seized sovereign territory of Azerbaijan. This includes the region of Nagorno-Karabakh. As a result of the attack and the seizure of that territory by Armenia, 350,000 ethnic Azerbaijanis were pushed from Armenia into Azerbaijan, and over 750,000 Azerbaijanis were forced out of their homes and became internally displaced persons in other parts of Azerbaijan. Therefore, over one million Azerbaijanis have been kept from their land, their property and the graves of their ancestors for over 20 years.”