10.05.2014 – Thousands Will March to NSW Parliament in the anniversary of divisive motion

Home / Press Release / 10.05.2014 – Thousands Will March to NSW Parliament in the anniversary of divisive motion 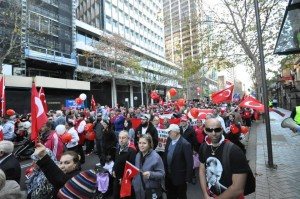 On May 8th of 2013 NSW Legislative Assembly passed a motion recognising an allegation that not just Armenians, but now also Assyrians and Greek communities were subject to ‘qualitatively similar” genocides at the hands of the Ottoman Government between 1914-1922. The motion was first moved by Rev. Fred Nile in the Legislative Assembly, and then was moved by, then Premier, Barry O’Farrell. In neither case did those having the motions see fit to consult with members of the Turkish-Australian Community nor invite submissions nor indeed conduct even superficial research into the issues. It is noted that the motion was moved in the lower house with three hours notice given to the opposition which also supported to motion.

A Nation and a People, who, following the battles at Gallipoli, sought to assure the mothers of this country that their sons “now lie in the bosom of a friendly nation”,”and have become our sons as well” deserved to be treated better than this.

The charge of genocide is a very serious one – the most serious crime that a nation can have laid against it and it is a crime clearly defined in the International Law. Without a judgement issued by a competent international court; it is not up parliaments to pass judgement on it. As such to pass a motion is a State Parliament against a foreign Nation in this manner is a deplorable denial of procedural fairness. The NSW Parliament does not have the status of a court, nor is it in any way an academic institution. The motion is a serious overreach of the proper powers and responsibilities bestowed on our politicians by the People of NSW.

We condemn these motions as no more than cynical exercises aimed at garnering votes amongst certain ethnic communities. Such a vote grab only serves to ignite ethnic hatreds and bring ancient grudges into modern Australian Society.

For these reasons, on Saturday, May 10th, 2014, thousands of Turkish Australians will rally against these motions on their anniversary marching from Hyde Park to the NSW Parliament at 2.00 PM on May 10th (TODAY). Attached is an invitation for this rally which we call “#SydneyTurkishMarch”. We would be glad to have your support on this day. The summary of what we will say on this day can be found at the back of the invitation. 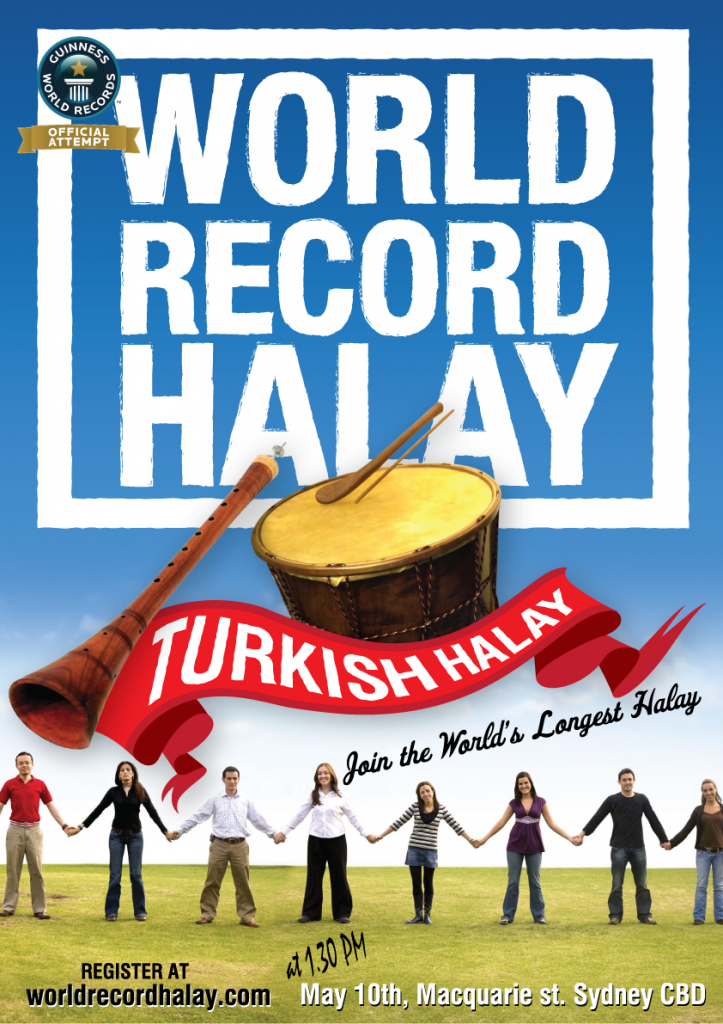 After the protest at 3.30 PM The Youth Council of ATA-A will be holding an Official Guinness’ Book of World Records – World Record Attempt for World’s Largest Halay Dance in Hyde Park. Registrations start at 1.30 PM.

Halay is a Turkish folk dance representing solidarity, where people hold hands in long queues and dance together.

Current World Record is at 941 people and ATA-A Youth Council is sure that they will be breaking the World Record today. The registrations for the dance can be made at www.worldrecordhalay.com

MORE INFORMATION ABOUT THESE EVENTS CAN BE OBTAINED FROM :