END_OF_DOCUMENT_TOKEN_TO_BE_REPLACED

by Secretary in Blog Posts, ATA Alliance's Position, New, Press Release
The Chair of Australia Azerbaijan Friendship Group, Luke Simpkins MP has drawn The Australian Parliament’s attention to the illegal occupation of Nagorno Karabagh and asked Foreign Minister Julie Bishop to warn Armenia for their deplorable treatment of Azerbaijan citizens.
Mr Simpkins said : ” In 1992 and 1993, Armenia illegally seized sovereign territory of Azerbaijan. This includes the region of Nagorno-Karabakh. As a result of the attack and the seizure of that territory by Armenia, 350,000 ethnic Azerbaijanis were pushed from Armenia into Azerbaijan, and over 750,000 Azerbaijanis were forced out of their homes and became internally displaced persons in other parts of Azerbaijan. Therefore, over one million Azerbaijanis have been kept from their land, their property and the graves of their ancestors for over 20 years.”
The occupation of Nagorno Karabagh is not recognised by UN or any other sovereign nation in the world including Australia, but NSW Parliament has joined a group of Russian satelite states like South Ossetia and Abkhazia in 2012 in recognising Nagorna Karabagh. The motion was brought to the NSW parliament by the disgraced politician Marie Ficarra MLC and the far-right politician Reverend Fred Nile MLC. It was made clear by the Australian government that state parliaments have no say in Australian Foreign Policy.
You can read Mr Simpkins’ full speech here. 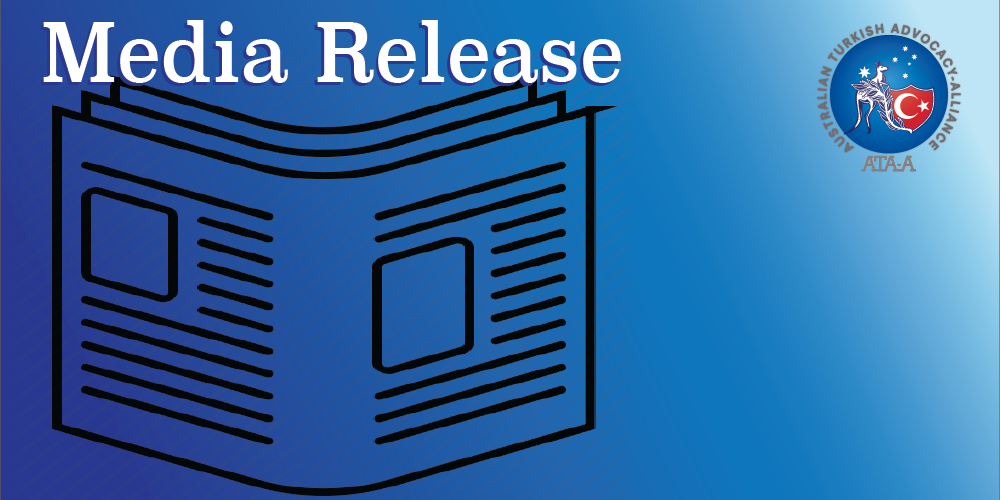 ATA Alliance joins peace loving people around the world in an expression of shock and remorse over news of the attacks in Paris. The situation is unclear, as French authorities do their best to deal with the worst civilian attack in that country’s history. END_OF_DOCUMENT_TOKEN_TO_BE_REPLACED

12.11.2015 Over 130 Turkish Associations join to thank Prime Minister of Australia

by Secretary in Blog Posts, ATA Alliance's Position, Press Release
Over 130 Turkish Associations have signed a letter of appreciation to Prime Minister Malcolm Turnbull for his remarks about Ataturk and Turkish community. END_OF_DOCUMENT_TOKEN_TO_BE_REPLACED
151617…18212427303336394245485154