END_OF_DOCUMENT_TOKEN_TO_BE_REPLACED

An Insult to Bonds formed in Battle

In spite of the many hundreds of thousands of Australian and New Zealanders who, travelling to ANZAC, are treated as honoured guests, even family. In spite of the genuine and deeply held love and respect Turkish people feel toward those ANZACs, and their dependents, who were after all seeking to invade and occupy the Turkish homeland. In spite of the bonds of friendship that we thought had developed over the past 100 years, we are continually disappointed at the lack of reciprocation of such feelings over the years.

END_OF_DOCUMENT_TOKEN_TO_BE_REPLACED

From the mid-1950s until 1998, the Greek government used Article 19 of its Citizenship Code to discriminate against its own population, especially the Turkish ethnic minority in Western Thrace, Greece, but also immigrants to Turkey itself.

END_OF_DOCUMENT_TOKEN_TO_BE_REPLACED 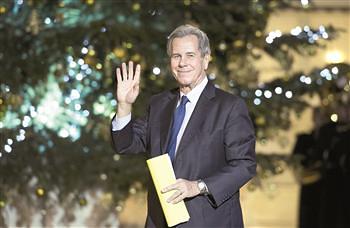 The head of the French high court, Jean-Louis Debré, has assured President Abdullah Gül that the French Constitutional Council’s decision to annul the bill penalizing the denial of Armenian genocide is a permanent one and will not change, the Hürriyet Daily News has learned.