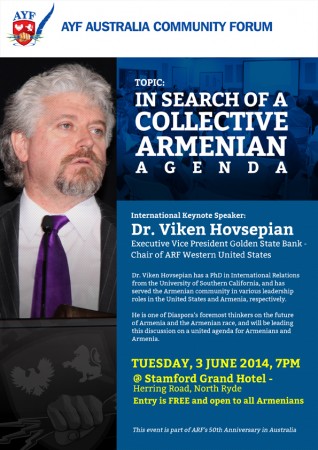 In 1982, the Federal Bureau of Investigation (“FBI”) in USA discovered, through intercepted telephone calls, that Viken Hovsepian and Viken Yacoubian were planning to bomb the offices of the Honorary Turkish Consul General in Philadelphia, Pennsylvania. They were associated with the Justice Commandoes of the Armenian Genocide (“JCAG”), an organisation who is also responsible of the assassination of Turkish Consul General in Sydey Mr Sarik Ariyak and Security attaché Mr Engin Sever on December 17th 1980. They had arranged for a coconspirator to transport the bomb on a commercial airliner from Los Angeles to Boston. Although the coconspirator managed to board a plane at Los Angeles International Airport, carrying the bomb in his checked baggage, the FBI arrested him and seized the bomb once the plane landed. The FBI later estimated that the bomb, if detonated, likely would have killed between 2,000 and 3,000 people. On January 25, 1985, the district court sentenced Hovsepian. Because Hovsepian was younger than 26 when he committed the offences, the district court had the option of sentencing him under the Federal Youth Corrections Act (“FYCA”). However, both Hovsepian and the district judge agreed that he would not benefit from a sentence under FYCA. Accordingly, the court sentenced him as an adult to one five-year and two six-year terms of imprisonment, to be served concurrently. In conjunction with the sentence INS also filed to deport Viken Hosvepian for his convictions from USA.

The Australian Turkish Advocacy Alliance has protested Hovsepian’s ability, as a convicted terrorist to enter the country on a valid visa. At a time where asylum seekers arriving by boat are routinely investigated to see if they have conducted acts of violence in their past, it seems exceptions are made for some terrorists arriving by plane.


This country does not need the likes of Hovsepian influencing the minds of our youth, of whatever ethnic background.