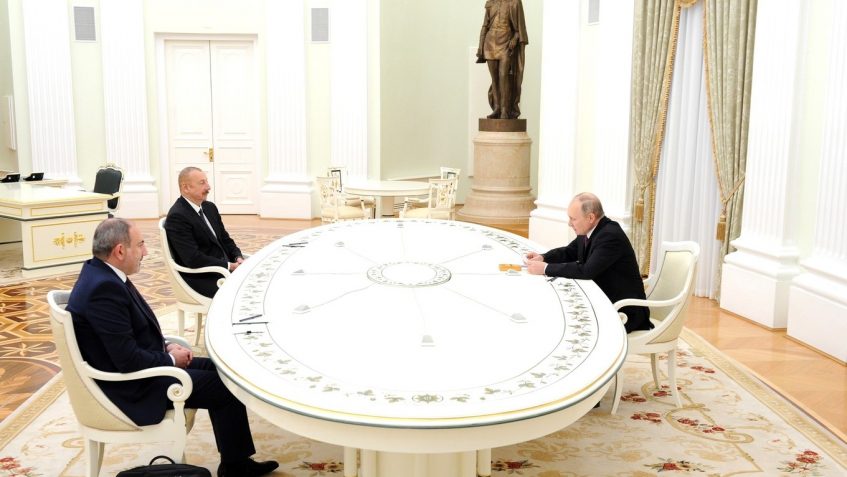 The Azerbaijani Community of Australia has written a letter to Federal MPs, and labelled an electronic petition calling for the recognition of so-called Republic of Artsakh a distorted biased text based on unfounded claims aimed at deceiving the members.

An electronic petition calling for the Federal Parliament to recognise the so-called Republic of Artsakh received 3164 signatures during a period of almost two months and is now closed.

“The text of the petition is full of distortions, unfounded claims and strong biased emotive language, aimed at skewing the reality of the Nagorno-Karabakh conflict,” the Azerbaijani Community of Australia said in its letter.

According to community leaders there are more than 50,000 Australians with Armenian heritage. The result of the petition amounts to only 6.3% of the community supporting the recognition of the so-called Republic.

“If you consider the elders and children who cannot sign the petition, the support still amounts to less than 20% of the overall community. The path to a peaceful solution that’d benefit the peoples of the region is through dialogue, not through legitimization and enforcement of an illegal de facto situation. It is obvious that everyone sees this now more clearly. The people of Armenia want peace. They are the ones paying for the dreams of ultra-nationalist parties, who continuously refuse to understand the international rules of law,” said Baris Atayman, Executive Secretary of the Australian Turkish Advocacy Alliance.

No sovereign nation in the world, including Armenia, officially recognises the so-called Republic because the territory lies within the internationally recognized borders of Azerbaijan.

United Nations General Assembly Resolution 62/243 reaffirms that no State shall recognize as lawful the situation resulting from the occupation of the territories of the Republic of Azerbaijan, nor render aid or assistance in maintaining this situation.

OSCE Helsinki Final Act 1975, also clearly outlines that people cannot practice ‘self-determination’ by practising ‘threat or use of force against the territorial integrity or political independence of any State’.

Recently, the Canadian Senate refused a motion calling for the recognition of the so-called republic.

In his speech against the motion, Senator Peter Boehm reiterated the fact that the region in question was called Nagorno-Karabakh, because it was, under international law, part of Azerbaijan.

Senator Boehm, while praising the important contribution made by diaspora communities to the country, reminded the dangers of these communities importing their issues to a multicultural society like Canada.

Canada cannot survive as a multicultural, diversity-valuing society if national, ethnic or religious groups import their conflicts into Canada.

Diaspora politics is the tinder of a fire that could consume not just those who ignite it, but all of us

Many Armenians criticised successive governments for failing to find a peaceful solution to the issue. Pashinyan, the Armenian Prime Minister elected in 2018, declared the occupied territories as Armenia proper and attempted to force Azerbaijan to accept local authorities as a third party to peace talks within OSCE Minsk Group’s Madrid Principles framework.

Azerbaijan liberated its sovereign territory, Nagorno-Karabakh from Armenian occupation following a 44-day long operation that ended with a Russia-brokered peace deal, and began resettling one million people displaced as a result of the war in early 1990s.

Online petitions can be signed with a valid email address, from anywhere in the world and by agreeing to standard terms and conditions displayed on the parliament website.

“One can also question even the validity of those 3164 signatures, considering the lack of appropriate verifications for the identity of the signatories,” Baris Atayman from ATAA added.