Sırma Oran Martz, a Turkish member of the French Green Party, has won a defamation case against Laurent Leylekyan, one of the most prominent members of the Armenian diaspora.

The lie of Armenian Question in Europe has recently received another blow following Doğu Perinçek’s victory in Switzerland. Sırma Oran Martz, who ran for the local elections in Lyon-Villeurbanne, France in 2008, was insulted by Laurent Leylekyan, a well-known member of the Armenian diaspora. Aydınlık discussed the process of the lawsuit with Mrs Martz, who pressed charges against Mr Leylekyan and won the case. Mrs Martz, the daughter of the famous Turkish academician, Prof Dr Baskın Oran, claimed that the case was of vital importance for Turkish people in France.

After the Green Party and the Socialist Party became allies during the elections, Sırma Oran Martz encountered pressure from the local mayor, who was a member of the Socialist Party. She was told that she had to recognise the Armenian Genocide in order to be accepted onto the candidate list of Mr Bret. However, in light of this, Mrs Oran withdrew her candidacy, declaring that she could not accept such a demand. Laurent Leylekyan, a prominent members of the Armenian diaspora in France, wrote an article in the France-Armenian magazine, of which he is chief editor, entitled “Martz Attacks,” a reference to the science-fiction film “Mars Attacks.” Mr Leylekyan claimed in his article that Turkish people who do not recognise the genocide are a disgrace to all of humanity and should be removed from society, additionally accusing Mrs Martz of being an agent of Ankara, and of being the voice of the denial policy.

Sırma Oran Martz won the case against Mr Bert, who appealed against the decision. However, the Court of Appeal found Mrs Martz to be in the right and sentenced Mr Bert to pay a €4.500 fine, as well as handing him a suspended prison term, meaning he will be imprisoned should he commit the same crime again. Mrs Martz commented on the whole process of the trial in Lyon, and its effects for Turkey, exclusively to Aydınlık Newspaper.

“They will watch their tongues”

Q : The Armenian diaspora, which has prevented Turkish people in France from taking a part in social and political life, has just received another blow after losing this case. What do you think the effects of the verdict will be on Turkish people?

Sırma Oran Martz: The effects can be seen from the very beginning of the case. Every piece of writing has become more temperate and insult-free. I think that those who consider themselves representatives of the Armenian diaspora and are used to this sort of hateful speech will watch their language and express their ideas with more due regard. Besides this, I believe that people like Mr Leylekyan, who want to punish the current Turkish generation rather than respect the pain and memory of their ancestors, must be condemned by democratic people no matter what their country, faith or race may be. Mr Leylekyan stated himself in the first trial as well that he did not believe in any kind of dialogue. His approach is simply destructive, not constructive.

Q: How do you approach the ECHR’s verdict for Doğu Perinçek?

Sırma Oran Martz: I have not read the details of the verdict yet. In any case, I believe that the grief experienced 100 years ago cannot be defined by political decisions, and parliaments should not legislate history through the legislation system. 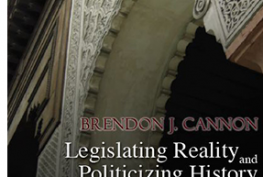 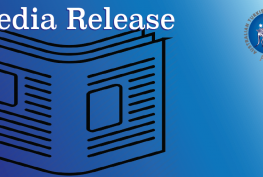