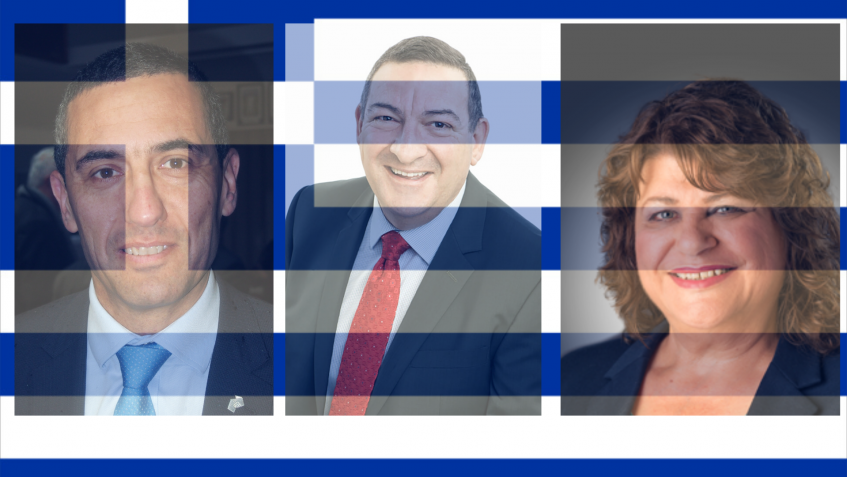 In a seemingly co-ordinated effort, three Greek-Australian members from South Australia brought in motions, which align more with Athens’ foreign policy goals than their own party policies, to their respective parliaments in recent days.

First, the member for West Torrens of South Australia, Tom Koutsantonis asked the House of Assembly there to acknowledge and recognise 19 May as the remembrance day for the Greek Genocide.

Then, the member for Adelaide, Steve Georganas gave a similarly worded motion to the Federal parliament.

And finally, the Honorable Irene Pnevmatikos delivered her motion, seconded by the Honorable Connie Barnos to the Legislative Council of the South Australian parliament, again acknowledging the so-called Asia Minor Genocide Remembrance Day.

There are some commonalities among the authors of these three motions. They are all members of the Greek-Australian community and are from the Labor party. Ms Bonaros who seconded Ms Pnevmatikos’ motion also has Greek ancestry.

More importantly, all these members, along with many other, are members of an Athens based organisation called World Hellenic Inter-Parliamentary Association (WHIA). The Association promotes Greece’s agenda across the world.

In May 2019, conservative New Democracy leader Kyriakos Mitsotakis wowed to seek international recognition of the so-called Greek genocide globally. A shift from previous governments’ approach to the issue since 1994.

Same year, he was elected the PM of Greece.

In January 2020, Mr Georganas travelled to Greece and Cyprus during a trip paid by the WHIA.

In April 2021, Mr Georganas was elected as the 2nd Vice President of the WHIA. After his election he said:

Over the years, I’ve worked on a variety of issues—from Cyprus to protection of the Ecumenical Patriarchate and other issues of concern, the PADEE/ WHIA is an important organisation for disseminating information and mobilising Greek communities all over the world.

Mr Georganas is the member for the Federal seat of Adelaide. According to the 2016 Census, the seat represents 163,440 people living there. Of those, only 4% is with Greek ancestry. Even if we are to believe that all 7477 Australians with Greek ancestry from his electorate demand him to support Greek causes, his efforts can be seen as disproportionate allocation of his time and resources entrusted to him by the remaining 96% of his constituents.

Mr Koutanstonis, the member for West Torrens is a former disgraced minister for Road and Transport safety in that state. He had to resign from that portfolio following revelations about his dozens of overdue traffic fines.

This alone says a lot about his perception in the wider community.

Again, he has no more than 10% of his electorate with Greek ancestry.

Ms Pnevmatikos and Ms Bonaros have a different yet similar story. According to this report they did not even get an invite from the leaders of their own community for the Greek Independence Day celebrations for their vote for abortion bill. One can claim that they are desperately seeking the endorsement from Greek Archbishops in that town.

Australia has many more members with Greek ancestry in different states and federal parliament. Most of them are serving their constituents and Australia. They have great pride in their ancestry and we meet them on occasions, talk about the great cultural connection the Turks and the Greeks have in common.

Unfortunately, the members we have named above are seemingly carrying out tasks irrelevant to the needs of communities they represent, and in line with Athens’ foreign policy goals.

They are doing this during when all of us suffer from a once-in-a-life time healthcare and economic crisis due to COVID19.

We ask the people of South Australia to ask their members, who do they represent.

On a final note.

Greece undersigned the Lausanne Peace Treaty in 1924 admitting its actions in Asia Minor between 15 May 1919 and 30 August 1922 were against the rules of war.

And the war time hero of Greece, Eleftherios Venizelos nominated his adversary Mustafa Kemal Ataturk, who was in charge of the Turkish war of independence in the areas during the time of the alleged genocide of Greeks, to Nobel Peace Prize for “finally bringing peace to Asia Minor”

Needless to say, these two facts should be enough for any magistrate to throw this case to trash at a committal hearing, and for any person with simple intelligence to ignore unsubstantiated claims made by these Labor politicians.