Terrorism and the Relative Value of Human Life

Home / Op-Eds / Terrorism and the Relative Value of Human Life 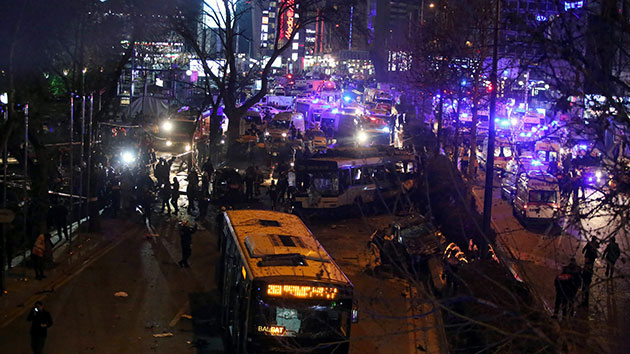 Friends, once again it is our melancholy duty to share the pain, grief, and suffering of Turkish people around the world. News of the terrorist attack in the heart of Ankara rocked not only that Capital city, but reverberated around the world as the Turkish diaspora tried to come to terms with the horror, and senseless loss of life. This is not the first time, not even the first time this year, that terrorists have turned Turkey’s streets into rivers of blood and destruction.

These events are devastating enough on their own, however, our pain does not end there. In stark contrast with the response to attacks in London and Paris, the world’s leaders have remained resolutely silent in the face of our tragedy. There are no papers carrying front pages declaring solidarity with the Turkish people. There is no outpouring of grief and empathy from the world’s people. Those lucky enough to live in advanced countries have not declared their stance with us, against the terrorist project.

To those of us who share a Turkish heritage, this is nothing new, and would be no surprise, yet it still hurts. Turks have forever been the “other” in the Western imagination. From the time Seljuk and then Ottoman people came to Anatolia, Europe has looked upon us with a mixture of fascination and dread. Portrayed, even sometimes today, as the Turkish “horde”, our soldiers put fear into the mighty armies of European princes, whilst at the same time laviscious tales titilated the febrile imaginations of European men and women, imagining the Harem to be little more than a private brothel. One can perhaps understand ignorance back then, but it continued, all the way to the 20th Century, where, after failing to defeat the sick man of Europe, the West looked in awe as the Turkish people rose from the ashes of Empire, with Ataturk as their leader, to defeat them all, and build a modern western country.

I still watch with bemusement today as young schoolchildren learn for the first time, just how many Turks lost their lives at Gallipoli defending their homeland. Until Russel Crowe’s Water Diviner, Turks had, in the ANZAC Gallipoli myth, been relegated to nothing more than bit players, someone to push against, someone who, by their bravery, could only prove how tough the Aussie diggers truly were to stand up to them. Hardly a mention that this was an invasion, or that it was part of a plan to crush a people’s spirit, and enslave a nation. Still, the injustice of that invasion is barely heard as a whisper in quiet conversations. And no one ever mentions the English sponsorship of the subsequent Greek invasion and attempt to steal half of Anatolia. once again, you may hear of the struggle of the Greeks, but no one counts the dead on the Turkish side.

And, famously, the West has fallen in thrall with the story of the Armenians. Hundreds of thousands of them died, and many of those massacred, in terrible events during 1915. However, you never hear the story of an Armenian rebellion, occupation of major cities in the East, and an attempt to carve off a portion of Anatolia for themselves, and indeed their ethnic cleansing of the existing muslim population in order to make their claims have more substance. No one mentions the dead muslims. No one indeed, ever mentions the wave of Armenian terrorist attacks against Turks, just like is happening now.

So, yes, it is no surprise that today, Turkey and Turkish people once again stand alone in remembering our dead. We have no friends to share our grief as we bury our dead. Nor can we expect any assistance or sympathy in future if we try to stop this from happening again. For now, the West is enraptured by the “romance” of the Kurdish “freedom fighters”, and once again, ignores the suffering of its long time, reliable, and loyal ally.

I pen these thoughts just as an expression of how I am feeling at present. I was devastated yesterday, but the silence of the international community stunned me even more. Friends, we are truly alone. Please, let us remember this when we engage with each other. Our differences are not so great as to justify the hatred and animosity amongst us. We have only ourselves as friends in this world. No one else cares. It is up to us to make the West stand up and accept that the numbers on their televisions are every bit as human as the Charlie Hebdo editors. That the suffering of the Turkish people is no different than anyone else who has fallen victim to terrorist atrocity. We are here in Australia. Our duty is to make our politicians hear the suffering of those in Turkey.

Please stand with us. Please raise awareness of this suffering in any way you can. If you have time, invite your local MP to issue a statement of solidarity with the Turkish people in this time of our great need.