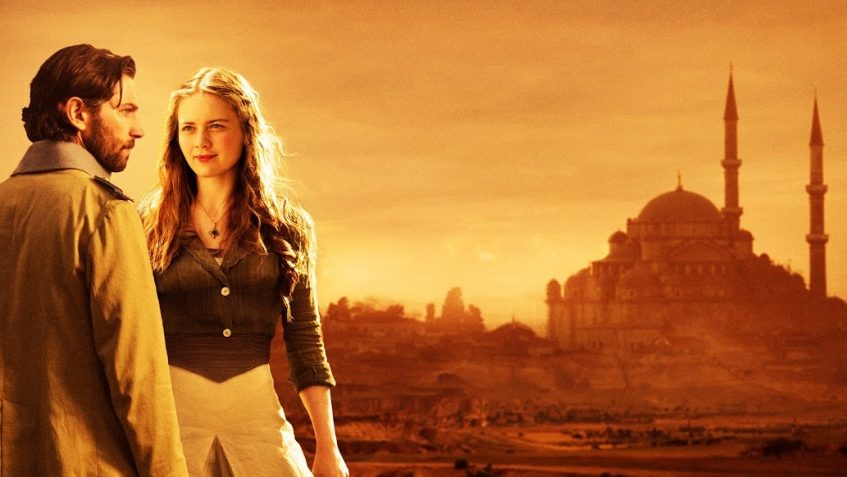 As published on www.avim.org.tr
By Hazel Çağlayan Elbilir; BA in Political Science, analyst at Centre for Eurasian Studies.

The Armenian diaspora has continued to display its reactions to “The Ottoman Lieutenant” after it came to the theaters in the United States. Displaying an aggressive stance against Turkey and values that are associated with Turkey at every opportunity, Armenian lobbies are unable tolerate the expression of any Turkish views. However, the Turkish producers of the film Güneş Çelikcan and Serdar Öğretici stated that the film was shot to help the establishing of a dialogue between the Turks and the Armenians, but that the Armenian side does not stand for a dialogue with Turkish people.

The insults faced by the film’s actors in the social media, the Nazi Swastika sent to the American producer Stephen Joel Brown reveals the unfriendly attitude of the Armenian side and that they are not open to dialogue. These attacks came after the boycott statement made by the Armenian National Committee of America (ANCA). Later on, the American Hellenic Council[1] supported the boycott as well. The boycott, which was launched to prevent the film’s screening in theaters, has spread to universities as well.

The film “The Promise” (which will begin to be shown in April 2017), supported by the extreme nationalist Armenian side that defends the genocide thesis, is actually a propaganda film masquerading as an ordinary love story. It is apparent from the marketing that the ‘The Promise’, a propaganda film for the so-called genocide and produced for political purposes rather than artistic ones, is totally contrary to the desire to establish Turkish-Armenian dialogue. The film critics supporting the Armenian lobby have claimed that “The Ottoman Lieutenant” is offensive, arguing that it mitigates Armenian suffering. However, comparing two films, “The Ottoman Lieutenant” and “The Promise”, it becomes obvious that it is actually “The Promise” that was produced with an offensive mindset. Far from being impartial, the critics of the Armenian lobby went even further, and branded Sir Ben Kingsley, who received the Academy Award for his role in the film “Gandhi” in 1983, as being a misogynist.[2] However, it is known that he adored the female director Isabel Coixet, producer Dana Friedman and screenwriter Sarah Kernochan during his role in “Learning to Drive”, which he starred in 2014. He even called on the cinema sector to encourage more women to take jobs in film productions.[3] It is possible to come across numerous articles, penned by who are financially supported by the Armenian diaspora, where such slanders take place. Such allegations are an indication that film critics supported by the Armenian diaspora are working in a planned manner for such propaganda.

The reaction to the film “The Ottoman Lieutenant” is the latest example of the increasing aggressiveness of the Armenian diaspora. There have been similar incidents, especially in the USA, which show the intolerance exhibited by the Armenian diaspora. The Armenian Youth Federation, which reacts negatively to anything related to Turkey, in November 2016 at the California State University Nortridge, protested the author of book ‘The Young Ataturk’ George Gawrych and prevented him from delivering his speech. The aggressive and destructive effects of the Armenian diaspora have increased in recent times at universities across the USA. The Armenian diaspora’s activities are not only at the protest level, but has reached to the point of heroizing Armenian terrorists. In this context, in 2015, the Syracuse University magazine in New York gave place to the articles that may encourage extremist Armenians into resorting to terrorism again.[4] The activities of the Armenian diaspora continue to increase with the encouragement received from the fact that the its inflammatory behavior is not met with any sanctions. Such a climate undoubtedly undermines the aim of establishing dialogue between not only Turks and Armenians, but also Turkey and Armenia.