Turkish Consulate in Thessaloniki was attacked by Molotov cocktails 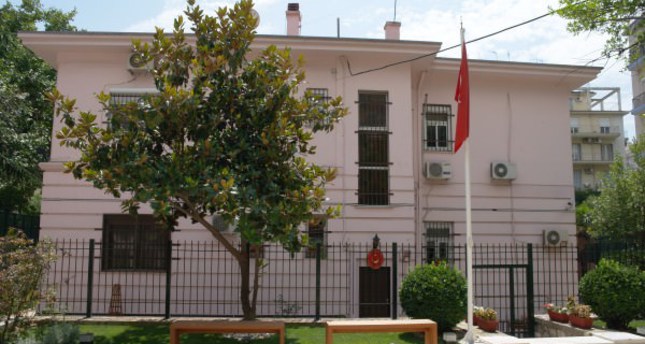 Some masked people have thrown Molotov cocktails at the Turkish Consulate General in the Greek city of Thessaloniki on Sunday.

The assailants threw at least five Molotov cocktails in twenty minutes, according to the information the Turkish press agency AA obtained from the officials at the consulate.

The assailants attacked the police booth in front of the consulate building first, and later a police bus in the same area. The attackers, to whom the police retaliated with blast and gas bombs, reportedly ran away in the direction of the Aristotle University of Thessaloniki. The attackers also reportedly set trash bins on their way on fire.

The attack did not lead to any loss of life or injury, but some private cars parked on the assailants’ escape route were damaged.

The police booth in front of the Turkish Consulate General building in the city has previously been subjected to various attacks a number of times.

The birthplace of the founder of Turkish Republic, Mustafa Kemal Atatürk, is a part of the Consulate complex.