Why Reuven Rivlin was finally right on the Armenian issue 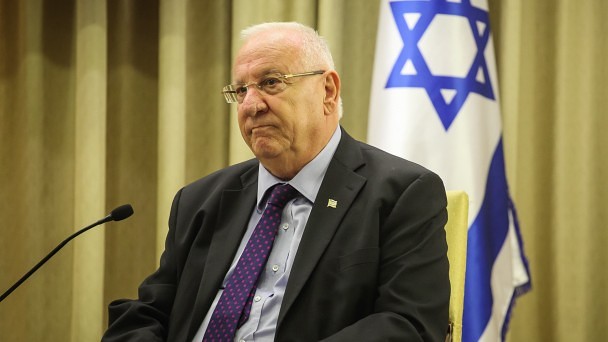 Reuven Rivlin, President of the State of Israel (Photo : Times of Israel)

Contrary to his engagement preceding his elections as President of Israel, Reuven Rivlin stopped to support the “Armenian genocide” accusation. There are indeed strong foreign policy reasons for such a change—and some of the most important ones were exposed in the op-ed I co-wrote in Haaretz with Dr. Alexander Murinson. Regardless, even as far as history is concerned, this change is welcome.

First of all, stressing only the suffering and losses of Armenians at the end of the Ottoman Empire in the name of ethics is basically wrong. During the Balkan Wars (1912-1913) and their aftermath (1914), around 1,450,000 civilians died among the Turks and other Muslims of the territories conquered by Greece, Serbia and Bulgaria: they were killed or died, fleeing the massacres. More than 400,000 others were expelled (see, especially, Justin McCarthy, Death and Exile. The Ethnic Cleansing of Ottoman Muslims, 1821-1922, Princeton: Darwin Press, 1995). And such sufferings did not end in 1914. Indeed, the Armenian nationalists, both in their guerilla groups (see below) and their volunteers units for the Russian, French and Greek armies committed a lot of war crimes. For example, the two official investigators appointed by the U.S. government in eastern Anatolia in 1919, Emory Niles and Arthur Sutherland concluded in their report: “first Armenians massacred Turks on a large scale with many refinements of cruelty, and second the Armenians are responsible for most of the destruction done to towns and villages.” The French government suppressed in 1920 the Armenian Legion, established in 1916, because of its numerous crimes against the Turkish civilians in the part of Turkey occupied by France after the First World War (from the end of 1918 to winter 1921/22). The purges of 1919 were not sufficient: the Legion as such had to be fired.

In July 1922, Elzéar Guiffray, the elected representative of the French community in Izmir, estimated that the Greek forces, including Armenian volunteers units, had killed more than 150,000 Turkish civilians since their landing in Anatolia, on May 15, 1919 (Archives du ministère des Affaires étrangères, La Courneuve, microfilm P 1380). The last stage of the Greek-Turkish war (August-September 1922) was the worst, and once again, Armenian volunteers units actively participated to arsons and massacres. This is proved not only by Ottoman documents, but also by Western witnesses, such as Lord Saint-Davids, U.S. relief worker Mark O. Prentiss or French engineer C. Toureille (Toureille’s report is in the same microfilm of the French archives than Guiffray’s one).

Regarding now the fate of the Ottoman Armenians during the forced relocation of 1915-16, it is safe to notice that the alleged direct evidence for the “genocide” label is falsifications. For example, the “documents” published in 1920 by Aram Andonian, an openly racist Armenian activist, are proved to be forgeries: the paper, the numbers, the cipher codes, the signatures, the grammar and the content itself are not the work of Ottoman civil servants, but the fabrication of a clumsy falsifier; even the “originals” were never showed and are supposed to be lost. Correspondingly, Canadian historian Gwynne Dyer demonstrated more than forty years ago that the “Ten Command,” an unsigned, undated text attributed to the Ottoman leadership, is apocryphal. Regarding the most used falsification for Jewish audiences, namely the quote attributed to Hitler (“after all, who remembers the Armenians?”), it will be sufficient to say the Nuremberg tribunal rejected its authenticity and that, anyway, in this speech, Hitler spoke about the Poles, not about the Jews.

Another kind of falsification is the inversion of the sense of authentic documents. For instance, a telegram sent by the minister of Interior, Talat, to the governor of Ankara, on August 29, 1915, is presented as the best proof of a genocidal intent. In fact, this telegram proves exactly the opposite: “The transfer of Armenians, which is desired to be carried out in an orderly and prudent manner, should henceforth never be left to the individuals having fanatical feelings of enmity” and the perpetrators should be send in front of “military courts” (Hikmet Özdemir et Yusuf Sarınay, Turkish-Armenian Conflict Documents, Ankara: TBMM, 2007, p. 235).

Indeed, from February to May 1916 only, as a result of the work of the investigative commissions established at the initiative of the minister of Interior, Talat, 67 Muslims were sentenced to death, 524 to jail, 68 to hard labor or imprisonment in a fort, because of their crimes against relocated Armenians—and this is only the part of the repression. Who could imagine Hitler ordering to hang the commander of Auschwitz and the governor of Poland in 1943?

There is another series of trials, that took place in Istanbul during the years 1919 and 1920, namely during the occupation of this city by the Entente’s forces. The British government had put on power in Istanbul a puppet government, made of people who hated the Committee Union and progress (CUP), the party who ruled the Ottoman Empire from 1913 to 1918. This puppet cabinet ordered the indictment of several former CUP leaders, depriving them of the right to be assisted by a lawyer during the investigation, of the right of cross-examination during the hearings and even, from April to October 1920, of the right to hire a lawyer. After the fall of this cabinet, the right to appeal was given back, and most of the sentences pronounced from April to October 1920 were cancelled, in January 1921 (see Ferudun Ata, İşgal İstanbul’unda Tehcir Yargılamaları, Ankara, TTK, 2005; and Guenter Lewy, The Armenian Massacres in Ottoman Turkey, Salt Lake City: University of Utah Press, 2005).

If there was no genocidal intention, why did the CUP government forcibly relocated hundreds of thousands Armenians from Anatolia to the Arab provinces of the Ottoman Empire? Because the Armenian nationalist organizations, who fought the Turks since the end of 19th Century, organized uprisings, threatening the vital roads of communication of the Ottoman army. Since the big units were this time on the battlefield, the only remaining way to crush the rebellions was to expel the civilian Armenians who helped the insurgents, willingly or by force. It was definitely proved by Dr. Edward J. Erickson in his book Ottomans and Armenians. A Study in Counter-Insurgency, New York-London: Palgrave MacMillan, 2013.

The historical reality is sufficient sad. It does not need selective indignation, simplifications and falsifications.

Source : The Times of Israel