A Victory for Free Speech

In a landmark ruling, the European Court of Human Rights affirmed the right of people to have freedom of thought and expression. The left-wing unionist, Dogu Perincek had been found guilty of a criminal offence in Switzerland for daring to challenge the propaganda that has become the “official view” in many European nations.

END_OF_DOCUMENT_TOKEN_TO_BE_REPLACED 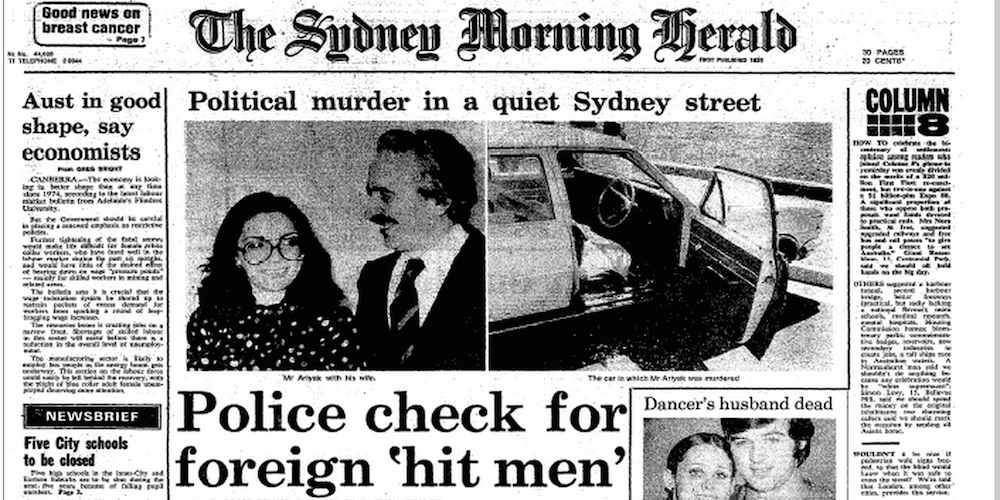 JCAG – Bringing Terrorism Down Under

Dec 17 marks the 33rd anniversary of the assassination of the Consul-General of Turkey and his bodyguard, by terrorist member of the “Justice Commandos of the Armenian Genocide”. They were never caught, and although a number of attempted imports of high-powered weapons by extremist members of the Australian-Armenian community were intercepted over the following years, the AFP and other agencies could not prevent the bombing of the Turkish Consulate in 1986.

END_OF_DOCUMENT_TOKEN_TO_BE_REPLACED

It’s almost forgotten now but one of the most notorious terror acts perpetrated on Australian soil was conducted by a little known group against a Turkish diplomat.

In the attack on December 17, 1980, unknown gunmen assassinated Sarik Ariyak, the Turkish consul-general in Sydney, and his bodyguard Engin Sever. The culprits got away but there was little doubt they were linked to the Justice Commandos of the Armenian Genocide (JCAG).