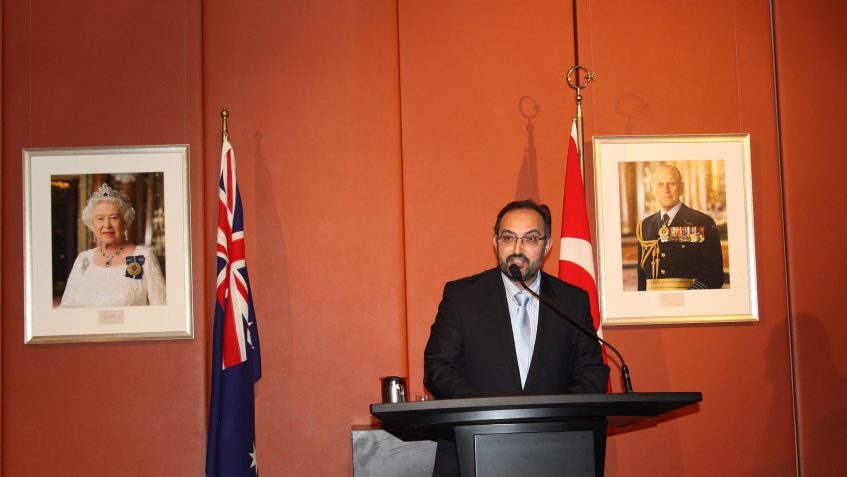 Australiasian Muslim Times, a not-for-profit community publication, has featured the Turkish community iftar, which was held in the NSW Parliament House on June 8. AMUST, in its feature story, also published the edited version of a speech delivered by the Chair of Turkish Islamic Associations Federation, Dr Abdurrahman Asaroglu. We commend Asaroglu for his speech, which highlighted the tolerance and respect in the Turkish culture. Here is an excerpt from Dr Asaroglu’s speech:

We grew up with the melody of “we are many but we are one.” Yes we are one nation called Australia. Our heritage is our strength in cultural values that we share and cherish.

Multiculturalism was known to Anatolian multiethnic communities, where Churches, synagogues, diverse languages, folk music, and varying ways of life were practiced for centuries side by side in Turkey.

I remember, my grandfather once told me that his Usta (Supervisor in trade, who was from a Christian belief) used to remind him by saying “Son did you read your Quran today, I read my bible.”

My grandmother used to ask me to take a plate of her delicious food to our Armenian neighbour. It wasn’t until later years, I learnt that she was practicing the sayings of the prophet Mohammad (s), “we are not true believers unless we love for our neighbour what we love for ourselves”.

For the full story please go to the following link.