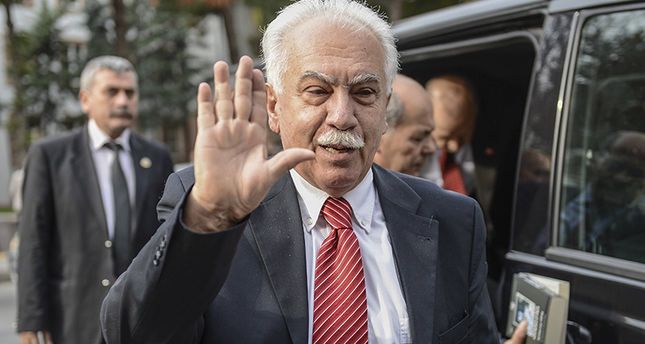 The highly anticipated hearing of Switzerland and Armenia’s case versus Turkish opposition politician Doğu Perinçek was held in Strasbourg, France on Thursday.

The ECHR decided by a majority that there had been a violation of Article 10 (freedom of expression) of the European Convention on Human Rights.

“The Court concluded that it had not been necessary, in a democratic society, to subject Mr. Perincek to a criminal penalty in order to protect the rights of the Armenian community at stake in the case,” read the ruling.

Perinçek was convicted by a court in Switzerland, where denying the Armenian genocide is criminalized, for his remarks branding the genocide “an international lie” in that country. He argued that the denial was in line with his freedom of speech and took the case to the European Court of Human Rights (ECtHR).

The court had ruled in his favor in 2013, but Switzerland appealed the verdict. Armenia had requested to join the lawsuit as co-plaintiff. The country was represented by a defense team that includes lawyer Amal Alamuddin Clooney, better known as the wife of Hollywood superstar George Clooney.

After hearing the sides, the Grand Chamber of the ECtHR adjourned the trial and finally announced its verdict on Thursday.

In the events that led to the present case, Perinçek, at various conferences in Switzerland in 2005, rejected allegations that the events of 1915 and the following years in the Ottoman Empire amounted to “genocide” of the Armenian people.

The Switzerland-Armenia Association filed a criminal complaint against him. Perinçek was tried by the Lausanne Police Court in March 2007. He was found guilty of racial discrimination and fined.

Many Armenians argue that denying allegations that the events of 1915 constituted “genocide” should be a crime, just as negating the Holocaust is. In 2003, the National Council of Switzerland, the country’s parliament, recognized the events of 1915 as “genocide.”

Turkey officially refutes this description, saying that although Armenians died during relocations many Turks also lost their lives in attacks by Armenian gangs.