PYD/YPG: Terrorists in Sheep’s Clothing and The Australian Greens 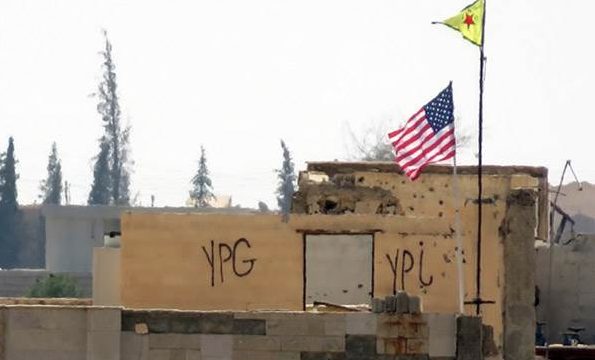 On September 10, 2001, a 22-year-old student from the Central Coast of New South Wales, Amanda Rigg died in a suicide bombing while holidaying in Istanbul.

Responsibility for the attack was claimed by one of the PKK affiliates, the DHKP/C.

The PKK is a terrorist network, which actively recruits citizens of Australia for its bloody campaign, including under its sub-brand YPG/PYD, which is active in the Syrian conflict.

The Gold Coast man Reece Harding, a former ADF soldier, Jamie Bright and the 28 year old Ashley Kent Johnston have all been lured to Middle East by the Australian-based supporters of these terror groups and lost their lives.

Under Part 5.5 of the Criminal Code, it is an offence to recruit people to join an organisation engaged in hostile activities, or to serve in or with an armed force in a foreign country.

We call upon the Australian Government to actively prosecute these cases and bring those who helped Harding, Bright and Johnston travel to Syria to justice.

The PKK’s terror campaign impacts Australian lives. In recent weeks, European capitals such as London and Cologne have been witness to violent protests and attacks by PKK sympathisers. Australia could be next.

It is time for the Australian Government to list the PYD and YPG as terrorist organisations along with the PKK.

The links between PKK and PYD/YPG are very well documented and within the knowledge of Australian security and intelligence officials.

And the Greens’ Love for the PKK…

The PKK/YPG/PYD enjoy the sympathy of the Australian Greens.

There is a concerning pattern of political activism on behalf of a violent terrorist organisation within the ranks of the Greens.

On 23 February 2018, Greens Senator Janet Rice led a protest by the supporters of PKK outside the Turkish consulate in Melbourne.

Greens Senator Lee Rhiannon, who led the pro-PKK rally in Sydney on 10 February 2018 in Sydney, is getting ready to open the door of the Australian parliament to supporters of the very same designated terrorist organisation.

This is only a week after her fellow parliamentarian Adam Bandt insulted distinguished former major general in the Australian Army Jim Molan by calling him a coward, and suggesting that he could have committed war crimes.

Greens Senator Rhiannon, who is a signatory to a statement penned by the supporters of the PKK (proscribed as a terrorist organisation under the Commonwealth Criminal Code, alongside other groups such as ISIS) demanding that the Australian government remove the group from the designated terrorist organisations lists, will be hosting PKK lobbyists in the Federal parliament this Wednesday.

The Australian Turkish community is very concerned about the presence of terrorist supporters roaming the halls of our parliament.

Among their acts, the PKK/YPG/PYD brainwash young women to become suicide bombers, they kidnap children and teenagers for forced recruitment (Human Rights Watch has validated these child soldier claims[1]), and violently oppress their political opponents.

We believe Senator Rhiannon and other Greens MP’s blatant support for PKK lobbyists contradict their own party policy about peace and non-violence.

Polished with heroic and romantic tales of emancipated female fighting units freeing the oppressed people, the PKK’s YPG/PYD propaganda is a public relations success and easy to fall for.

On the ground however, there are reports by reputable international bodies, including Amnesty International, that massacres and ethnic cleansing being carried out by the group in the Syrian conflict.

The PKK is the armed wing of a cause endorsed by only a tiny fraction of the 20 million Kurds spread across Turkey, Iran, Iraq and Syria. The PKK was set up by Adbullah Ocalan who initiated a campaign of armed conflict, comprising of attacks against the Turkish government as well as civilians to create an independent Kurdish state.

The Australian government designation of PKK as a terrorist organisation includes the following statement:

ASIO assesses that the PKK continues to directly and/or indirectly engage in, preparing, planning, assisting in, or fostering the doing of terrorist acts. This assessment is corroborated by information provided by reliable and credible intelligence sources. In the course of pursuing its objectives, the PKK is known to have committed or threatened actions that:

Some of the acts carried out by the PKK in the last few years are:

It is time to stop presenting PYD/YPG as anything else than what it is – a terrorist group. Once again, the Australian-Turkish Community calls on the Australian Government to list the PYD and YPG as proscribed terrorist organisations under the Criminal Code, along with the PKK.

We call upon the Australian Government to actively prosecute the recruitment cases and bring those who helped Harding, Bright and Johnston travel to Syria to justice.

Finally, we call upon security authorities responsible for the Federal parliament security to show due diligence before allowing PKK lobbyists inside the building.