17.11.2014 – Mahcupyan : “Armenian Diaspora’s description of Turkey does not match the reality” 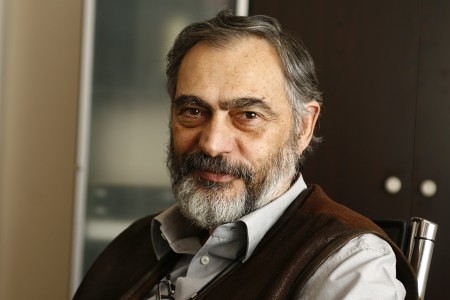 Well known Turkish Armenian journalist and the chief advisor to the Turkish Prime Minister has dismissed assertions by Armenia Diaspora lobby groups that debate and opinion regarding the events of 1915 is somehow curtailed. “There is no truth to the claim that people are prohibited from expressing their opinions regarding what happened to the Armenians”,Mr Mahcupyan said.

“It is my view that these events do fit the definition of genocide, which was defined in 1946, my views on this are no secret. The Armenian diaspora’s attempts to portray this debate as somehow muzzled in Turkey have more to do with a need to portray Turkey in the worst possible light, for their own political purposes, than with the true situation in our country”  he said.

Australian Turkish Advocacy Alliance (“ATA-A”) CEO Mr Ertunc Ozen has met with Etyen Mahcupyan during last weekend’s G20 Summit, to where ATA-A was invited to meet with ministers and officials from Turkish Government. Mr Mahcupyan is a well known author who has published a number of articles asserting that, applying the current definition, the events of 1915 would qualify as a genocide, also pointed out that many academics holding government funded posts, hundreds of journalist, and even lay people are freely able to express this opinion in open dialogue without fear of recrimination. “there is no truth to claim that the government of Turkey suppresses such opinions” he said. “I, and many of my colleagues are free to express our opinions.”

Mr Mahcupyan has also welcomed efforts by ATA-A to host a conference bringing together relevant experts to present differing perspectives on these events. He commended efforts to attempt to find a way forward, and for dialogue between Turkish and Armenian diaspora community groups.

“Foreign Political Intervention is not appropriate”

“These matters are not appropriate matters for foreign political intervention” said Mr Mahcupyan. The ex editor-in-chief of Agos; Armenian community’s daily newspaper in Turkey, did not endorse efforts by the ANC to have these events “recognised” as a genocide by parliaments such as NSW. “Foreign parliaments should not weigh into the debate, either to endorse the view that it was a genocide, or to claim that it was not”, and in that sense Australian Foreign Minister Julie Bishop’s letter to ATA-A was very appropriate.

“Propagandists do not add to debate”

Mr Mahcupyan also stressed that there were two important academic aspects to this debate. First, it was important for historians to determine, with objective accuracy, what had in fact occurred. Once this had occurred, the matter was one for consideration from within the legal framework. He also pointed out that there are propagandists and sworn enemies in both sides of the debate and they do not add anything new to the conflict apart from widening the current gap between the two communities.

“Most Armenians do not endorse ANC’s anti-Turkish propaganda”

When asked about the behaviour of the Armenian Disaporas’ anti-Turkish, racist and hateful approach to the issue; Mr Mahcupyan said Turkey needs to behave wisely and understand the psychological trauma these people have been going through. Mr Mahcupyan added that most of the educated Armenians living abroad or in Armenia and in Turkey do not endorse the views of organisations like the ANC, and associated Dashnak, and Hunchack groups, “a dialogue is only plausible between rational people in both communities”.

ATAA is proposing a conference bringing together international experts on this topic in early 2015. We welcome any constructive input.