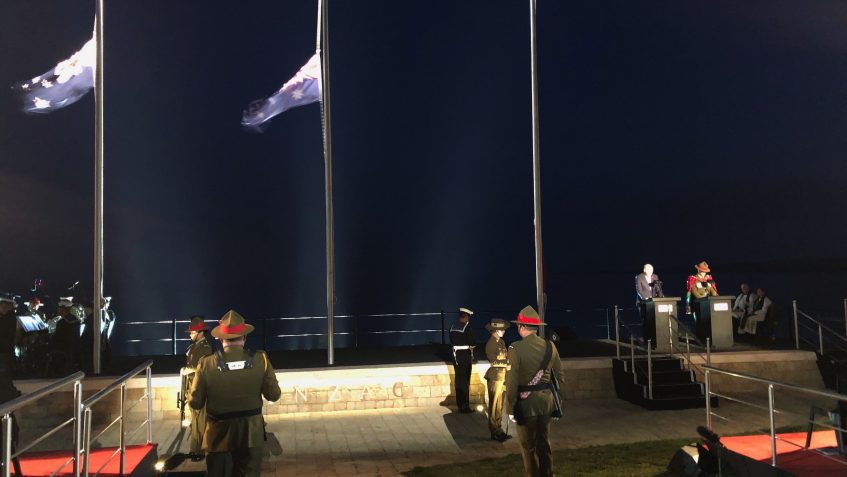 Beneath is a piece written by Ms Bianca Hambly, an Australian university graduate, following her visit to Gallipoli for ANZAC Day 2018 ceremonies.

“I was really proud to be a young Australian at Anzac Cove. I am proud of the way those boys went to battle, many of them still children in so many ways. However, what I am most proud of is the way that their story has been allowed to live on through the kindness and generosity of the Turkish government. Mustafa Ataturk has demonstrated to the world, decades before his time, the way that old enemies can become new and lasting friends. I believe that Ataturk showed the world that it is possible to put aside old differences and old wounds and set up a relationship that has not only spanned the globe but the decades.

When I was standing on the cove, looking out over the terrain, I felt a peace. I hope that it was a peace that those boys feel. I know that so much of that comes from the respect that the Turkish people have shown to our soldiers. The way that the country has supported and commemorated our sacrifice alongside theres, really is a testament to the solid and positive leadership that Ataturk showed so many years ago. In my mind, Ataturk revolutionised modern politics and demonstrated to the world that being progressive doesn’t have to have a particular long term outcome in mind.

I believe that there are so many lessons that would have learned from this man, given the chance. I learned about Ataturk only during my time away and I am so glad that I did. He has demonstrated to me that with only a few short years, it is positive to reshape modern politics. I am really humbled that the Turkish people have been so open towards us and allow us to descend on their country every year. I am grateful that they protect our soldiers and help our legacy as well as their own to continue. I hope that this demonstration of good will, mutual respect and political progressiveness can be built upon and actually be used as an example of how to move political relationships to where they should be.”