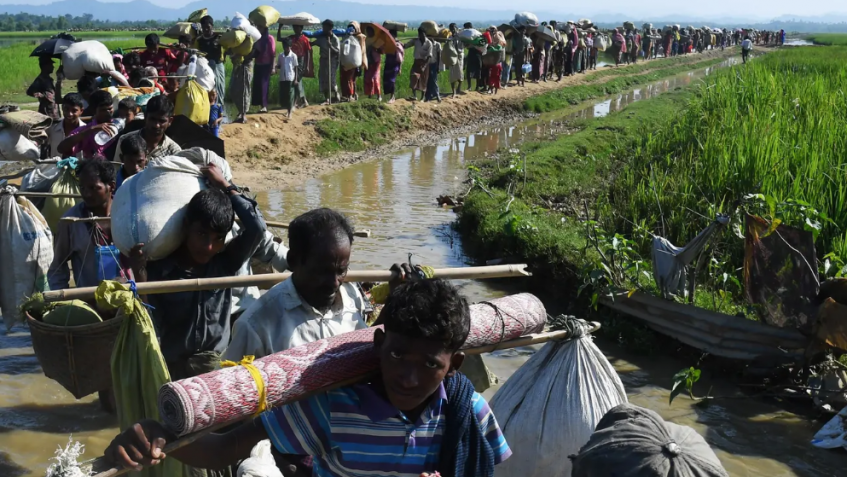 The world watches on the proceedings at ICJ in La Hague. The genocide allegations brought against Myanmar, and Myanmar’s response will be heard during the sessions.

To rule that Myanmar has committed genocide, the court will have to determine that the state acted “with intent to destroy in whole or in part” the Rohingya minority.

Such determination requires ample and strong evidence, and has never been the case in the matter of Ottoman Armenians for the events of 1915.

For example, the so-called Armenian genocide lobby is yet to produce a single authentic Ottoman Government dispatch ordering the killing of Armenians.

The alleged “genocide of 1.5 million Armenians” should have left countless pieces of evidence, else than survivor stories that were quite common to every citizen of a collapsing empire fighting a world war.

The British were the closest party to these events as the principal occupying Power of the Ottoman Empire and its capital, Istanbul. They had full control of the Ottoman Archives.

As such, the British led an in-depth investigation against 144 highly placed Ottoman officials including Ministers, who were charged with war crimes against the Armenians, and 56 out of the 144 accused were deported to the island of Malta to stand trial.

After a wide-scale and frantic search of all the archival material, Sir Horace Rumbold, the British High Commissioner in Istanbul, wrote to London that the “evidence against the deportees are [sic] very few. Under these circumstances, the prosecution finds itself under grave disadvantage”. But he added that “he hoped that the American Government could supply a large amount of documentary information”.

In failing to find any legally acceptable evidence against the deportees, Lord Curzon, the British Foreign Secretary at the time, informed Geddes, the British Ambassador at Washington, that there was “considerable difficulty” in establishing proof of guilt against the Turkish detainees at Malta, and requested him “to ascertain if the United States Government is in possession of any evidence that could be of value for the purpose of prosecution”.

On 13 July 1921, the British Embassy at Washington gave the following reply: “I regret to inform Your Lordship that there was nothing therein which could be used as evidence against the Turks who are being detained for trial at Malta. Having regard to this stipulation and the fact that the reports in the possession of the Department of State do not appear in any case to contain evidence against these Turks which would be useful for the purposes of corroborating information already in possession of His Majesty’s Government, I fear that nothing is to be hoped from addressing any further inquiries to the United States Government in this matter”.

Subsequently, all charges against the Ottoman detainees were dismissed.

On 14 April 1999, Foreign Office spokesperson Baroness Ramsay of Cartvale said the following: “The British Government had condemned the massacres at the time. But in the absence of unequivocal evidence that the Ottoman Administration took a specific decision to eliminate the Armenians under their control at that time, British Governments have not recognized those events as indications of genocide. Nor do we believe it is the business of Governments of today to review events of over 80 years ago, with a view to pronouncing on them.”

Furthermore, acting on behalf of the British Government, Baroness Scotland of Asthal said the following in a written response on 7 February 2001: “The Government, in line with previous British Governments, have judged the evidence not to be sufficiently unequivocal to persuade us that these events should be categorized as genocide as defined by the 1948 United Nations Convention on Genocide, a Convention which was drafted in response to the Holocaust and is not retrospective in application. The interpretation of events in eastern Anatolia in 1915-1916 is still the subject of genuine debate among historians.”

So much for “the process of achieving international recognition of the Genocide of Armenians which has appreciably gained momentum” according to the Permanent Representative of Armenia. One should ask why a handful of 30-plus deputies out of nearly 600 parliamentarians were present when the French Parliament voted on the so-called Genocide Resolution. The Permanent Representative of Armenia should keep in mind the future when the realities of a terrible war in which millions on all sides died will no longer be ignored, and when a very different picture will emerge as politics are avoided and the standard procedures of historical analysis are applied to this question. It will be seen then that there is a vast difference between history written to defend one-sided nationalist convictions and what true historical analysis should be. Indeed, in presenting the Convention on the Prevention of the Crime of Genocide for ratification, the Secretary-General of the United Nations emphasized that genocide is a crime of “specific intent”, requiring conclusive proof.

We hope that the above information contributes to the correct perception of the First World War era events in eastern Anatolia.

We also hope our politicians, if genuine, pay attention to what is happening in our region now, rather than racing to appease powerful ultra-nationalist foreign lobby groups for donations and votes.