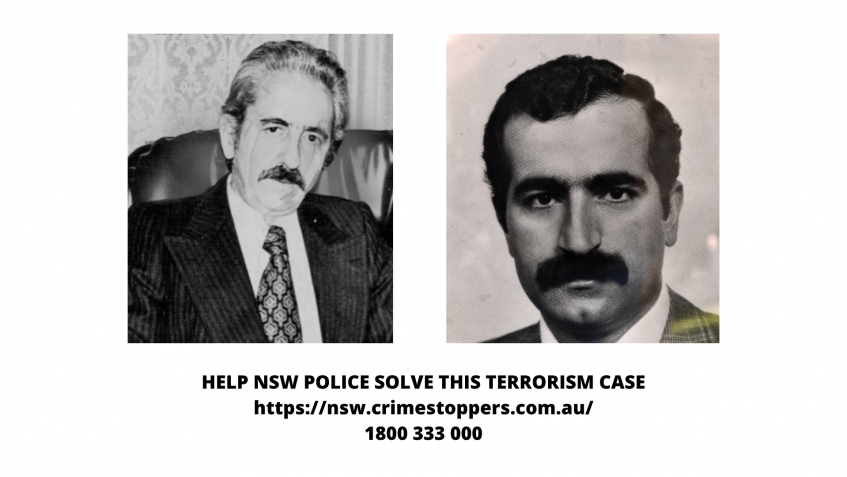 $1 million reward for information into 1980 assassination of Turkish diplomats.

The NSW Police Force has announced a $1 million reward for information into the assassination of a Turkish diplomat and his bodyguard in Sydney’s east nearly four decades ago.

Turkish Consul-General Sarik Ariyak, aged 50, and his bodyguard, Engin Sever, aged 28, were shot outside a residence on Portland Street, Dover Heights, about 9.45am on Wednesday 17 December 1980.

Mr Ariyak and Mr Sever were leaving the residence in separate vehicles, when they were approached by two unknown men, who fired multiple shots at close range before fleeing the area on a motorcycle.

Despite the efforts of emergency services, Mr Ariyak died at the scene, and Mr Sever died a short time later at St Vincent’s Hospital.

Shortly after the attack, responsibility was claimed by the Justice Commandos of the Armenian Genocide, but despite extensive investigations by police, no one has ever been charged.

The $1 million reward can be paid for information leading to the arrest and conviction of the person or persons responsible for the men’s murders.

Anyone with information that may assist Strike Force Esslemont investigators is urged to contact Crime Stoppers: 1800 333 000 or https://nsw.crimestoppers.com.au/ Information is treated in strict confidence. The public is reminded not to report crime via NSW Police social media pages.