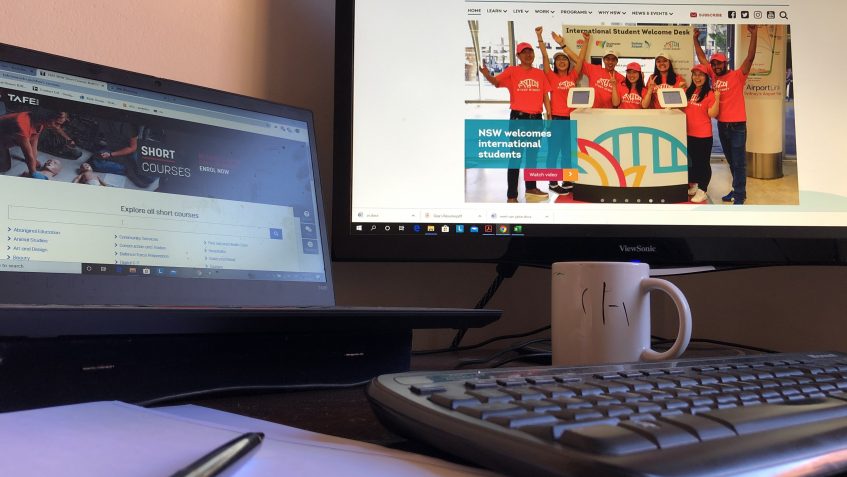 Where government and the industry fails, community groups rise up to save the image of Australia’s multi-billion dollar international education sector.

Like the cross-trench aid exchange between the Turk and the ANZAC during the direst of all conditions in Gallipoli. Similarly we remember Mustafa Kemal Ataturk’s letter to ANZAC mothers. His words are inscribed not only on monuments across Australia but also in our national psyche. Small gestures of goodwill towards the enemy dating back 100 years continue to bond the people of two countries 15,000 kilometres apart to this day.

People also tend to hold on to their disappointments. More than half a million international students who cannot return home and their families abroad feel nothing but disappointment after being left out of the government’s generous safety net packages.

They are also vulnerable to exploitation at the hands of unprofessional industry related service providers, landlords and employers.

Australia’s world class education institutions are being promoted heavily across the world, including Turkey, focusing on our lifestyle and welcoming nature of Australians. However the unprecedented COVID-19 crisis has proven some of these claims wrong and have left students feeling left behind.

Shonky education institutions that are solely profit oriented sent letters to students threatening to report them to immigration if they fail to pay their fees. At a time when many students have lost their 40 hour per fortnight low paying jobs, mainly in the hospitality industry, and while Australian businesses are eligible for generous government support, these acts sound extremely greedy and unfair.

We are flooded with messages from Turkish students who fear not only for their current visa situation but also the negative impact this will have on their future travel record. Student agencies with questionable professionalism give confusing information to their customers and doggy service providers, such as shared accommodation companies, threaten to evict students who share over-crowded units in Sydney and Melbourne. Most of these students are vulnerable, as they neither know their rights in full nor have enough language skills to make complaints and defend their rights.

Furthermore the education provided is no longer in the classroom, hence is of lower value. Decent education institutions should make more effort to defer or freeze school payments, offer installments and make significant fee reductions for international students. After all, these students didn’t have to travel thousands of kilometres and live in one of the world’s most expensive cities to get their education online.

Every day we see numerous acts of generosity in Australia, and that generosity can easily be extended to the young people who chose to come here from all over the world to thrive in their education. Where the industry and government fail together in looking after the international students, community groups rise up to the challenge.

We, the Australian-Turkish community provide free meals, job opportunities and free accommodation to many of these students. We also raise funds to assist them in paying their school fees when they are unable to do so.

As Michelle Obama, former first lady of the United States of America says, “pandemics don’t make your character; they reveal your character.” This pandemic will also reveal whether Australia sees hundreds of thousands of students who pump billions of dollars in to its economy every year as guests or just as a source of disposable and replaceable income. The choice will identify the perception of Australia’s multi-billion dollar international education industry for decades to come.

We call on all levels of governments in Australia to show a gesture of goodwill during these hard times to these vulnerable people as much as they show it to all Australians and businesses.

Once this situation is over a serious review of the industry providers and their competency is also required.