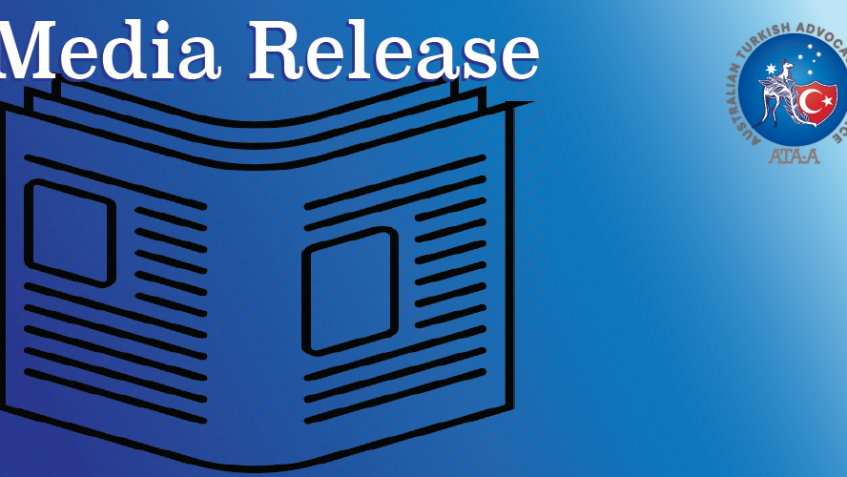 Over the past 2.5 years ATA Alliance has become a vital institution for the Australian Turkish Community. As one of the most successful Turkish diaspora organisations in the world, ATA Alliance has quickly become recognised for its advocacy efforts in Australia and overseas.

ATA Alliance has not only proved to be a shelter for the systematic xenophobic and racist attacks to our community but it also become the anti-venom for the hate groups and their proxy lobby organisations, who over the years managed to cajole some parliamentarians with their lies. An important point is that many of those politicians who were sworn advocates of these hatred groups had to resign from politics for some corruption allegations(!).

We are proud that in 2015, with our efforts and of course with our community’s support, none of the state parliaments in Australia were able to be tricked to pass any motions that would divide our harmonious society, targeting Australians with Turkish descent. Given that before our foundation, the parliaments were almost a free turf for these hatred groups through their proxy lobby organisations, it proves what our community can do when we stand together and advocate the truth.

Nevruz, which we celebrated recent month, means “new day” in Turkic and asian cultures and it marks the start of the new season; spring in Northern hemisphere. According to our constitution the office holders’ position are assigned to them only for 2 years. It was already time for the board to be replaced with new enthusiastic people. Our Annual General Meeting has given our outgoing CEO, Mr Ertunc Ozen to make recommendations for the new directors and the new leadership of the ATA Alliance.

We are saddened that Mr Ertunc Ozen, Mr Adem Genc and Mr Gunes Gungor are leaving ATA Alliance but we believe that our new leadership will take ATA Alliance one step further.

Our executive secretary Gunes Gungor has made an extensive amount sacrifice for ATA Alliance over the past years sometimes even financially. We would like to thank him for his handwork and services for ATA Alliance and wish him all the best for his further endeavours.

Baris Atayman will be ATA Alliance’s new Executive Officer. ATA Alliance will benefit a lot from Baris who is an journalist with extensive local and global experience. We welcome him to our family.

Just like Gunes, Adem Genc has also made a lot of sacrifices for ATA Alliance in Melbourne. We wish him well also.

Our outgoing CEO Mr Ertunc Ozen is also our founding CEO, who has made many sacrifices out of love of his community. Ertunc’s personality, integrity and independence has played a vital role for bringing together all the Turkish associations in Australia. The services Ertunc has done for our community will be written in gold letters at our history in Australia and his intellectual signs will be present in every word ATA Alliance has been and will be advocating. Ertunc will be present for the transition period to guide our new leadership group.

Our CEO position will be replaced by a leadership group which will initially be consist of Mr Malik Taskin and Mr Hakan Evecek in NSW who will both be responsible for leading ATA Alliance. Our Victorian leadership group will be formed in due course. Malik is a successful banker in Wollongong and Hakan is the director and owner of a very successful Cloud Computing and Conferencing firm in Sydney. Our community will have more time with our new leadership soon.