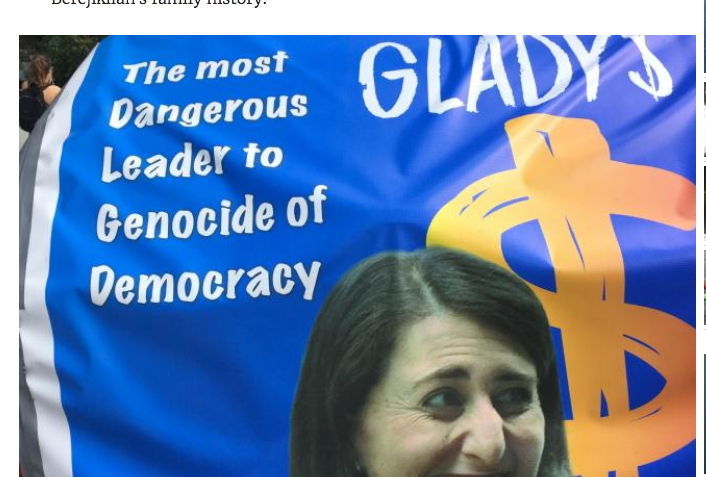 Australian-Turkish Advocacy Alliance (ATA-A) strongly condemns the person or persons behind a banner tied to the back of a blue vehicle and driven around North Sydney on Saturday.

According to the Daily Telegraph, the honourable Trent Zimmerman, Liberal MP for North Sydney had confronted a man driving the vehicle with a poster, which had the message, “The most dangerous leader to genocide of democracy” alongside a photo of the Premier and her name spelled with a dollar sign.

ATA-A has always been and will always be against politicizing and vulgarizing the use of term genocide.

It is incomprehensible to see anyone, at this day and age in a country like Australia, trying to score political points from human tragedies of the past, present and future.