Letter to The Guardian 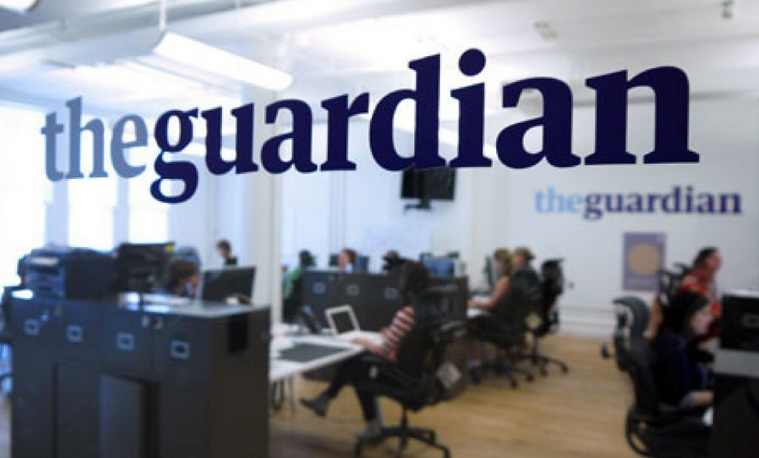 The following letter has been penned by a Turkish-American, Ibrahim Kurtuluş, to the Guardian Newspaper. Mr Kurtulus eloquently deconstructs another example of post-truth journalism.

You have done something very wrong in “The Promise review – Oscar Isaac tackles Armenian genocide…” (Sept. 13, 2016); let’s make you aware of it.

A professional movie reviewer may not be an official “journalist,” but must be beholden no less to the facts — particularly for a movie that pretends to be about history; let us cite the work of an ace in your field: Roger Ebert. Unlike you, he did not bend over backwards to affirm hateful “Armenian genocide” propaganda when he reviewed ARARAT (www.rogerebert.com/reviews/ararat-2002).
Note how he got the number of the pre-war Armenian population correct. (It is the number the propaganda often tells us was the entire number killed, meaning zero Armenians would have been left alive. Instead, one million survived, and the half-million who died mostly lost their lives in the non-violent ways millions of Turks and Muslims had died, through famine and disease.) At the end of his review, he also questioned a claim that ARARAT had offered as bizarre “proof,” one we fear you would have readily accepted. Ebert did these things because he conducted something you did not: honest research.

(Luckily for you, you did not get into what you believed amounted to historical specifics, but notice your sloppiness with just two small points. You would not call “The Soviet Union” Russia, and yet you called The Ottoman Empire “Turkey.” In addition, there was no “Armenia” in 1914; it came into being as a nation in May of 1918. Curiously, the ones you would regard as the Armenians’ Nazi oppressors constituted the first country to recognize Armenia.)

The home country of your publication conducted an intense investigation at the end of WWI for what Britain had planned as “The Malta Tribunal.” They looked everywhere for nearly three years, most tellingly through the Ottoman archives during their occupation of Istanbul. In desperation, they even looked through our American archives in the summer of 1921. They could not find any evidence, and let every Turkish prisoner go.

Practically everything offered today was rejected by no less than the British themselves. (For example, we invite you to look at the first chapter of “genocide scholar” Samantha Power’s 2002 genocide book, largely pointing to “Ambassador Morgenthau’s Story” and New York Times articles; the book even won a Pulitzer Prize.) All of the nonsense amounts to hearsay and forgeries from biased missionaries, foreigners, and Armenians. This is the reason why the Armenians and their enablers attempt to get countries, states and prominent parties (such as the Pope) to recognize their genocide, as a substitute for the evidence they do not possess.

What do you think would happen to your reputation if someone who has it in for you, or who has something to gain, falsely accuses you of a crime? Even if disproven, the damage will be done among the many intellectually-challenged who simply accept what they are told, without caring to demand evidence. What will be directed toward you as a result would hardly be “affection.”

Since you have no evidence, why did you indicate in your review that “The Armenian Genocide” was historically accurate?

You have partly done so because the goal of Armenian terrorists from the 1970s-90s was to get everyone to believe in their vicious claim. (They could count on the biased Western press to sympathize, with each violent act.) A strategy was to intimidate genuine historians; they bombed a UCLA professor’s house. Their corrupt “genocide scholar” allies finished the job by smearing the rest, so that only their (profitable) view would become the universally accepted one.

You also have done so because you are ignorant; since “everyone” now says there was a genocide, that was enough for you. In addition, the claim probably just made sense; with visions of MIDNIGHT EXPRESS possibly dancing in your mind, the Turks make for natural subhuman barbarians. We also can’t rule out the reason why many others automatically and mindlessly reach this terrible conclusion; it makes them feel good. You want to demonstrate how much you are against genocide, like every other sane person on the planet. An easy pat-on-the-back, to show how “moral” you are — with a powerless people, as your victims.

Instead of being “moral,” Mr. Lee, what you have done was immensely immoral. You have contributed to a campaign of hatred not just against an individual (as in our example of yourself, which would be bad enough), but against an entire nation — and people.

Moreover, while claiming a groundless genocide, you have ignored the half-million or so of Turks, Muslims, Jews and others who were truly “systematically” done in by the Armenians, while their allies occupied large regions of Ottoman territory for years. (The number is per the secret internal reports of the Ottoman archives, and corroborated by a few Western sources — most did not care about Turkish/Muslim lives, so we only have a few — such as British Col. Wooley who estimated the Armenians slaughtered 300,000-400,000 in two districts alone, Van and Bitlis. Two Americans, Niles and Sutherland, looked into the extent of Armenian crimes in 1919, and prepared a report: http://louisville.edu/…/his…/turks/Niles_and_Sutherland.pdf/)

Simply put: What do we call a person who judges the lives of one people as valuable and the lives of another people as meaningless? There is a word for that, and it is not flattering.

We are sending copies of this letter to some of your colleagues, in an attempt to remind them of their journalistic duty: Consider all of the relevant facts, and avoid propaganda at all costs. (In this movie’s case, your “propaganda” alarm bells should have rung loud and clear; note the financiers: variety.com/…/ne…/promise-film-armenian-genocide-1201892838/ … written by one in the best position to be aware, but whose strong bigotry — “Killings of 1.5 million Armenians” — similarly prevented him from thinking straight.)

You are not the only one at fault, here; an editor read your foolish review, and approved it. The genocide prejudice at The Guardian may well be across-the-board. (We suspect the deleted comments from your review page questioned the validity of the genocide claim; if so, your biased moderators must have determined telling the truth violated your “community standards.”)

Anyone who claims there was an “Armenian genocide” without presenting the evidence is guilty of racism. It’s as plain as that.

Prof. Bernard Lewis (youtube.com/watch?v=LReE0cv1g_Q/: “A massive Armenian armed rebellion”) at one time believed the propaganda, because that was all he was exposed to. He then educated himself, principally by reading a book with impeccable sources, “The Armenian File” (1985). If you consider yourself to be a man of honor, you need to do the same. You need to do so, because you have committed a terrible, and very hurtful, wrong.

If you can manage to keep your prejudices in check and look into this matter, and objectively conclude the “Armenian genocide” charge is a lie, then you need to append your review. It takes a big man to admit when he is wrong, and you were very wrong in this instance.

(Otherwise, if she values the importance of The Guardian’s credibility and sense of fairness, your editor, Lee Glendinning, needs to step in and append your hatred-inducing review.)

We would encourage you to begin your research by reading a brilliant Israeli scholar’s speech (given in Australia) examining the POLITICS behind the charge: https://www.ata-a.org.au/tal_buenos_speech/.