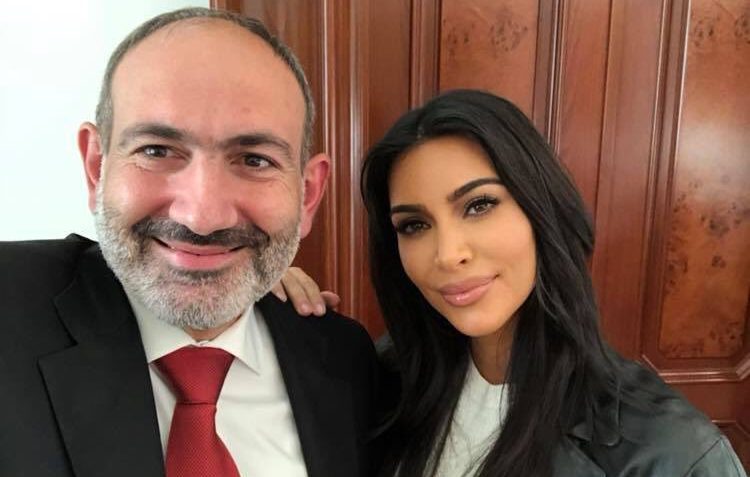 No parent should be condemned to bury their own children. Today, many parents in Azerbaijan and Armenia are mourning for their kids, whose lives were cut short due to the latest conflict between the two countries.

While Azerbaijani mothers may find some solace in the “worthiness” of the death of their children as the country has freed its occupied lands after 28 years-long Armenian occupation, Armenian parents are bitter and angry at the humiliating defeat their leaders brought up on them. They feel their children died for nothing with their national pride bruised unequivocally.

Protesters in Yerevan, who were made to think that the Armenian army was undefeatable, did not believe that their frontline troops were actually suffering from a basic lack of food, dysentery and COVID19 with no means of replenishing them. They vandalised the nation’s parliament, and attempted to lynch politicians they elected only two years ago.

They have no one to blame but their own leaders for lying to them. One who lies all the time, ends up lying to himself. In Turkey, there is a saying, “The truth has a habit of eventually coming out.”.

Armenian adventurism began with a brutal claim over the lands of Azerbaijan in 1992, when Yerevan enforced this claim with a number of massacres resulting in the displacement of over 700,000 people from their homes.

The remaining 70,000 or so ethnic-Armenians purported to declare independence. These calls failed to garner any international support. The UN and other international bodies condemned the situation as an illegal occupation on numerous occasions, and the UN Security Council adopted resolution 822, 853, 874 and 884 calling for an end to the illegal occupation.

Prime Minister Nikol Pashinyan, who went into hiding after his announcement of “the painful peace, he had no other option but to sign” sent thousands of angry Armenians into the streets.

Pashinyan had only a few months earlier boldly declared the occupied lands as part of the Armenia proper. Armenia under Pashinyan had changed its military doctrine from “land for peace” to “war for new territories”. He had pulled out of the OSCE Minsk Group Madrid Principles that were agreed upon in 2009 as a path for peace. As expected, Azerbaijan saw these developments as an end to potential diplomatic solution in the region. After Armenian instigated hostilities in July 2020, and following deaths on both sides, he signalled Armenia’s willingness to use military force to prosecute Pashinyan’s ‘war for new territories’ doctrine.  This culminated in further hostilities instigated by Armenia in late September 2020. This time was different, Azerbaijan was determined to recover its territories and implement UN Security Council resolutions itself, by responding to Armenia’s aggression.

The realpolitiks of the Caucasus is not a child’s play, conflict cannot be won by posing for selfies with celebrities such as Kim Kardashian.

In line with Pashinyan’s expansionist ideals, he endorsed the 1920 Treaty of Sevres, which was to have given a big part of today’s Turkey to Armenia until Mustafa Kemal Ataturk forced all major powers to sign the superseding Lausanne Treaty in 1924. As expected, Turkey viewed this endorsement as a provocative and hostile move targeting its national security and sovereignty. These kinds of claims don’t only extend to Turkey, but also Georgia as well.

I will add that to ascribe the responsibility for the failure of negotiations on Azerbaijan and Turkey alone is denying our own mistakes, to which we just added the adoption of the Treaty of Sevres as the foundation of our relations with our neighbors. I am confident that we have not done everything to normalize those relations. The “Armenian Case” mentality and revanchism seem to ensure that the list of these mistakes will grow longer and that we will not be thinking seriously as to what we must say and do and what we must not say or do to preserve our people and our statehood.

It has clearly become obvious, that Pashinyan miscalculated the radical and aggressive diaspora groups’ influence in their respective countries as well. He must have thought that countries like France and the United States would step in to save Armenia, or possibly bet too much on his country’s friendship with Moscow.

Russian leader Putin is known for not favouring leaders in Russia’s backyard who cozy up to with global NGOs like the ones run by George Soros’.

Pashinyan aides and propagandists must have told him that they could mobilise international community with their so-called genocide story, which Armenia often wheels out to try and justify their aggression. They probably thought Kim Kardashian’s amazing business success would easily be translated into a global popular movement against Azerbaijan. It didn’t.

History is repeating itself. Once again, a nation has been robbed of its children and future due to its incompetent and over-zealous leaders who miscalculated every step they took since assuming office. The people of Armenia voted Pashinyan in with great hopes, and are today burying thousands of their children.

Nothing explains this self-delusion and over-confidence as anything other than hubris. The people of Armenia had been lied to over and over again.

The propaganda has resembled the Italian and German nationalist fascism of the 1930s.

It resulted in a similar tragedy for their people.

The people of Armenia now have a chance to see the truth for themselves. Armenia’s diaspora from California did flew to Armenia to defend the “homeland”. Kim Kardashian’s $1 million donation to the “cause,” amounts to %0.0013 of her net worth. No sovereign nation around the world actually wanted to be seen as one recognising an illegal occupation legal.

The people of Armenia will have to realise that they are the ones suffering for the mythical dreams of the rich Beverly Hills real estate agents.

Politicians around the world, including the US Democratic Congressman Adam Schiff, need to understand that they are not helping the people of Armenia by giving them a wrong sense of confidence with a speech here and there, or meaningless resolutions in local councils. When it mattered, their actions meant nothing, and did not prevent the unnecessary loss of a single life. The sons and daughters of Armenia were betrayed by their so-called friends in the West, who care about nothing but to get political donations and support from wealthy Armenian diaspora communities.

The people of Armenia have a chance to build a prosperous and wealthy Armenia with opportunity for all but only if they can make peace with their Turkish neighbours.

We recommend aspiring Armenian political leaders read Mustafa Kemal Ataturk’s political realism. The founder of the Turkish Republic avoided war against the British, Greeks and Armenians numerous times as he knew his nation’s rightful boundaries and capacity well. For this, even the Greek Prime Minister Venizelos, who fought against Ataturk, nominated him to the Nobel Peace Prize in 1934.

Yerevan’s adventurism based on mythical stories, paired with recklessness and inexperience, painfully brought Armenia back to reality. We hope the people of Armenia can first find peace in truth, then reconcile with their neighbours.

Now the war is over, we believe the Turkish people around the world should also extend their hands to their Armenian neighbours, and assist them to come back from this. Both peoples have no other choice but to learn to live together.

Your email address will not be published. Fields marked * are mandatory.